The operator of the damaged Fukushima Daiichi nuclear power plant has announced the results of an analysis on the state of melted fuel in the plant's Number 1 unit.

The Tokyo Electric Power Company, or TEPCO, and several research institutes made public their analyses on the melting of fuel rods at 3 of the plant's units at a government-sponsored study meeting on Wednesday. The analyses were based on temperatures, amounts of cooling water and other data.

TEPCO said that in the worse case, all fuel rods in the plant's Number 1 reactor may have melted and dropped through its bottom into a containment vessel. The bottom of the vessel is concrete covered with a steel plate.

The utility said the fuel may have eroded the bottom to a depth of 65 centimeters. The thinnest part of the section is only 37 centimeters thick.

TEPCO also said as much as 57 percent of the fuel in the plant's Number 2 reactor and 63 percent in the Number 3 reactor may have melted, and that some of the melted fuel may have fallen through reactor vessels.
Wednesday, November 30, 2011 20:02 +0900 (JST)

The head of the Fukushima Daiichi nuclear power plant is stepping down for health reasons.

Masao Yoshida of Tokyo Electric Power Company has been in charge of dealing with the situation at the plant since the March earthquake and tsunami damaged the reactors.

The utility says Yoshida, who will be replaced on Thursday, is resigning in order to receive medical treatments at a hospital. The company says it cannot disclose his illness and level of radiation exposure as that is personal information.

In a statement issued on Monday, Yoshida expressed his regret over leaving the plant at a crucial time and apologized to all the people involved. He said he has to undergo treatment for a disease that was discovered in a health check-up.

Yoshida spoke to reporters on November 12th when the damaged plant was opened to media for the first time since the accident. He said that he had expected to die several times during the first week of the crisis.

He added that when he saw the hydrogen explosions at the Number 1 and 3 reactors, and when his team was unable to pump water into the Number 2 reactor, he thought it was the end.

Health checkups show that some Fukushima residents were exposed to 15 millisieverts of radiation in the first 4 months after the nuclear disaster.

The government has set a target of one millisievert per year as a safe exposure level.

Fukushima Prefecture has been testing all 2 million residents following the accident at the Fukushima Daiichi nuclear plant in March.

The authorities announced the estimated external exposure levels of about 1,700 people living in 3 municipalities, including Namie Town and Iitate Village.
These areas were designated as evacuation zones after the accident.

This is the first time such figures have been made public.

Radiation levels of over 1,100 people, or two-thirds of the residents in the 3 municipalities, were less than the annual permissible limit of one millisievert.

98 percent of those tested are estimated to have been exposed to less than 5 millisieverts.

Some residents working at the nuclear plant have been exposed to more than 30 millisieverts.

Tokyo Electric Power Company says the former head of the disaster-stricken Fukushima nuclear power plant has been diagnosed with esophageal cancer. The company quotes his doctor as saying it is very unlikely that his disease was caused by radiation exposure.

Masao Yoshida had led the efforts to stabilize the plant after the severe accident triggered by the March 11th earthquake and tsunami. The company relieved him from his post of plant chief on Thursday last week, one week after he was admitted to hospital.

On Monday last week, the firm announced his hospitalization but did not reveal his disease or how much radiation he had been exposed to while he was in charge of the operation to bring the plant under control. The company cited the 56-year-old former plant chief's need for privacy.

On Friday, Tokyo Electric announced that it had obtained Yoshida's consent to disclose that he has esophageal cancer.

It said he had been exposed to accumulated radiation doses of about 70 millisieverts. The upper limit for plant workers during any emergency is 100 millisieverts.

Quoting experts' views, the utility said it takes at least 5 years for people to develop this type of cancer and the chances are slim that Yoshida's disease is linked to his exposure to radioactive fallout from the nuclear accident.

Yoshida reportedly visited the Fukushima plant on Friday to explain his illness to the workers there.


Full decontamination to start in Fukushima in Mar.

Japan's Environment Ministry says it will delay the start of full decontamination work for no-entry zones and government-designated evacuation zones in Fukushima Prefecture until late March.

A law taking effect next month requires the state to decontaminate areas with high radiation levels. The restricted areas were designated after the March accident at the Fukushima Daiichi nuclear power plant. The government is now conducting a model project to seek effective ways to clean up the contaminated areas.

The Environment Ministry had said it would start decontamination work for these areas in January or later. However, it revealed on Sunday that full decontamination efforts for houses and farmland will begin in late March.

The ministry said it will start decontaminating infrastructure, including roads as well as water and electricity supply systems, in late January.

The ministry said it will take time to get permission from evacuees to decontaminate their homes and agricultural land. It also cited the difficulty of securing temporary storage sites for topsoil removed during decontamination work.

Regarding areas with annual radiation far above 20 millisieverts, the ministry said it will only start decontamination after launching a new model project to decide ways to do so and ensure the safety of workers.

The government is legally obliged to aim to end the transfer of decontaminated soil to temporary storage spots by the end of March 2014, except for areas with particularly high radiation levels.
Monday, December 12, 2011 05:35 +0900 (JST)

Japan's Environment Ministry has compiled guidelines for the removal of radioactive materials discharged from the Fukushima Daiichi nuclear plant.

The 164-page document with illustrations was disclosed at a meeting of experts on Sunday. It was compiled for residents of cities and municipalities.

The 4-part guidelines cover ways to measure radiation levels and remove radioactive substances. They also show how to collect, deliver and store radiation-tainted soil and other materials.

The decontamination process will be different for buildings, roads, soil and plants.

The guidelines recommend that water volume and pressure for decontaminating buildings should be adjusted as excessive amounts may cause the dispersion of radioactive materials.

It says moss and dead leaves should be manually removed before high-pressure sprays are used to save water.

It adds that the used water should not be drained but collected in buckets.

The guidelines propose the use of separate containers for different levels of radiation-contaminated soil. They also give the safe distances of storage spaces from residential areas.

Ministry officials say they hope the guidelines can facilitate the implementation of a plan to build temporary storage facilities as residents will have a clearer idea of the decontamination process.

The ministry is expected to release the document on Wednesday and explain the details to residents of the Tohoku and Kanto regions.
Sunday, December 11, 2011 23:28 +0900 (JST) 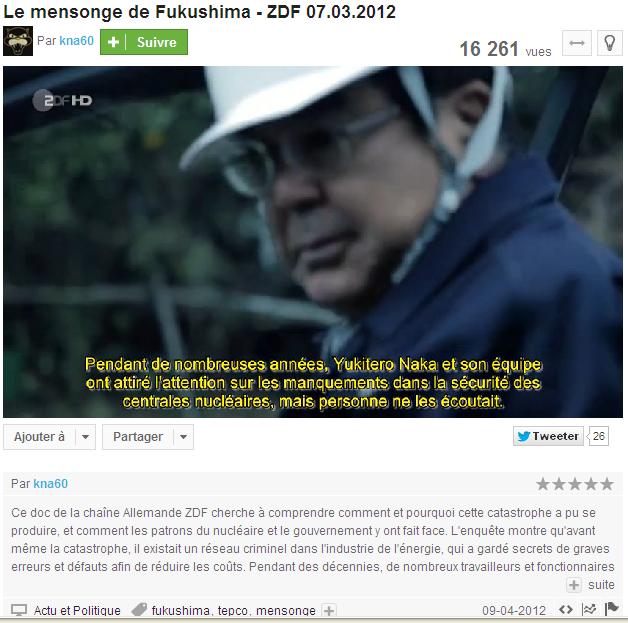